The establishment of the Willis Towers Watson South Africa Development Trust in 2019 embodies our philosophy on transformation, benefitting and making a positive social impact on poor and marginalised communities.

The acquisition by the WTW SA Trust of a 21.2% equity stake in Towers Watson (Pty) Ltd was generously funded by Willis Towers Watson in a way that guarantees an unencumbered equity position after ten years, as well as making sure that until that point, the WTW SA Trust is still able to distribute at least 20% of the dividends it receives to its beneficiaries.

In an exciting new development, the WTW SA Trust has, in a similar transaction and effective 01 April 2022, acquired a 25.1% stake in Willis South Africa (Pty) Ltd, further demonstrating WTW’s commitment to transformation.

Ntokozweni Village is in rural Kwazulu-Natal, about 2 hours from Durban and 30 minutes from Port Shepstone, outside the town Izingolweni, that falls under the Ugu District Municipality. The Ntokozweni facility offers a drop-in centre with a feeding program for orphaned and vulnerable children staying within the community, home community- based care, a soup kitchen, a support group, early learning centre & pre-school and an expanded residential care for the elderly. This facility serves a community afflicted with dire poverty and unemployment. The WTW SA Trust partners with the DG Murray Trust in providing support to this community. 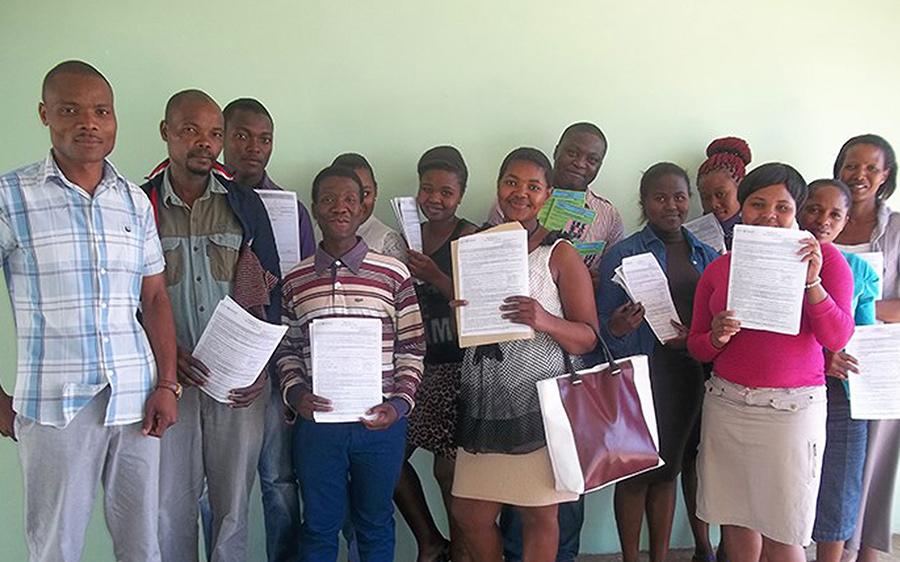 and vulnerable children staying within the community.
Ntokozweni Village

The Amy Foundation (formally the Amy Biehl Foundation) is a non-profit organization that specializes in programs to develop and empower children and youth (5 to 35 years of age) in challenged and vulnerable communities within the Western Cape. Learners mainly come from the township areas of Gugulethu, Manenberg, Langa, Nyanga, Khayelitsha, Delft and Athlone. The WTW SA Trust provides funding to the Amy Foundation’s Youth Skills Development and Entrepreneurship Program that focusses on unemployed youth between the ages of 18 to 35. By providing soft skills and vocational intervention programs, the idea is to place youth into internships and eventual employment. To date, 852 learners have been put through the various programs, of which 80% have been successfully placed. The WTW SA Trust has also agreed to devote time and human resources in support of these initiatives. 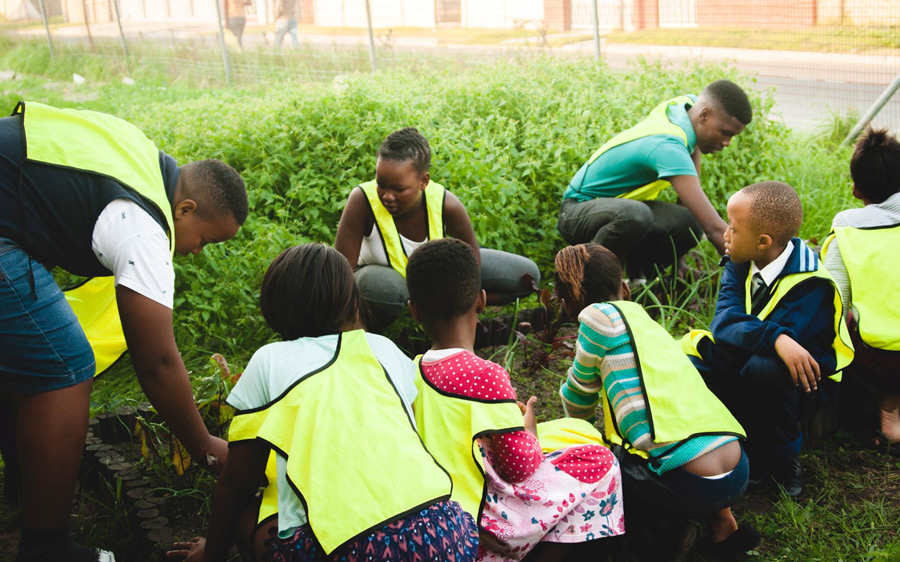 youth in challenged and vulnerable communities within the Western Cape.
The Amy Foundation

RX Radio officially began operations on the 1 November 2016, under the wing of the Red Cross Children’s Hospital Facility Board and supported by the Children’s Hospital Trust. RX Radio is a radio station run by and for children operating from the Red Cross War Memorial Children’s Hospital. It is the first radio station in the world that trains child reporters to broadcast from within a hospital. In the last two years, RX Radio has trained 76 child / young reporters (ages 4 to 18), of whom 67% are patients at Red Cross and 33% siblings or friends. For child reporters, participation in the program builds self-esteem, confidence, communication and social skills, all of which transfer into other spheres (e.g. school performance & career training). Audience research has found that for child listeners, the program improves mood, provides meaningful entertainment, calms fears about illness and hospital, and introduces positive role models.

The WTW SA Trust has supported this initiative and is playing an active role in fostering an environment where vulnerable children are afforded an opportunity to be exposed to learning, skills development, mentorship and growth. 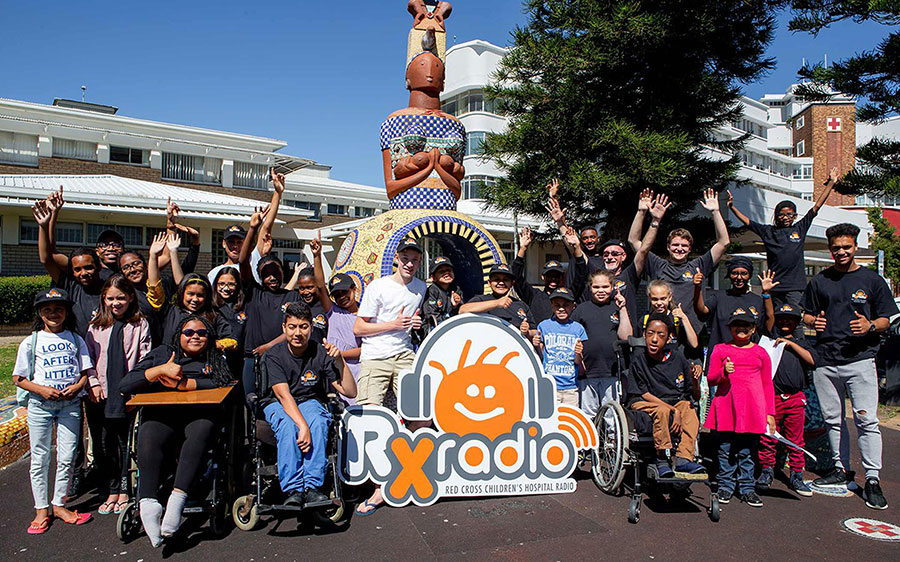 The Early Learning Centre (ELC) in Athlone has its roots in the Eoan Group – a cultural centre in the old District Six which closed as a result of forced removals and the apartheid Group Areas Act. The new centre was completed in 1969, and a working group which included the town planner, Revel Fox, submitted a proposal to the Bernard van Leer Foundation in the Netherlands to support the development of a pre-school program for disadvantaged children on the Cape Flats. The ELC today continues to provide quality Early Childhood Development services to the communities of Kewtown, Silvertown, Langa, Gugulethu and Bridgetown with an increasing need to service other neighbouring communities. The ELC also employs field workers who visit families on a regular basis and so extend its ECD services to communities who are unable to send their children to pre-schools. The school employs a dedicated group of educators who selflessly give of their time notwithstanding challenging conditions and a lack of decent remuneration. 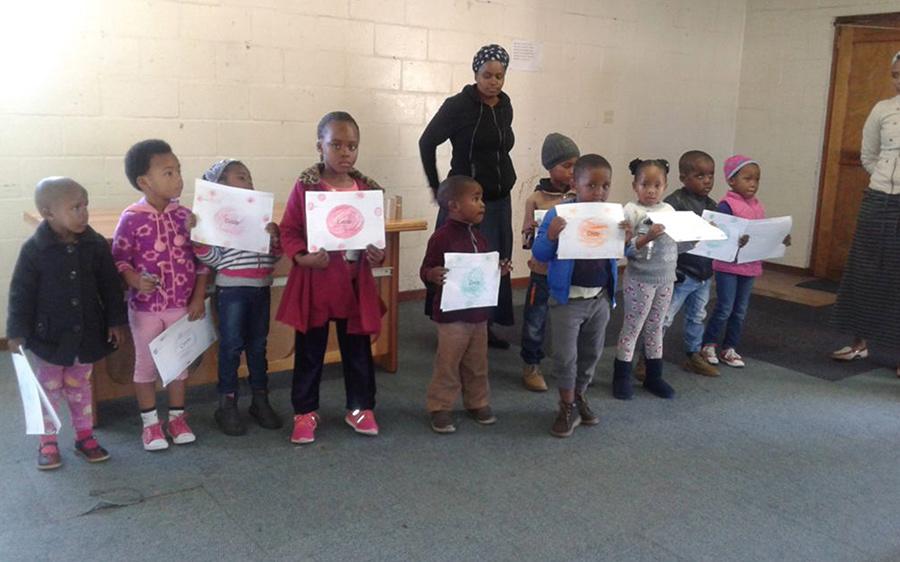 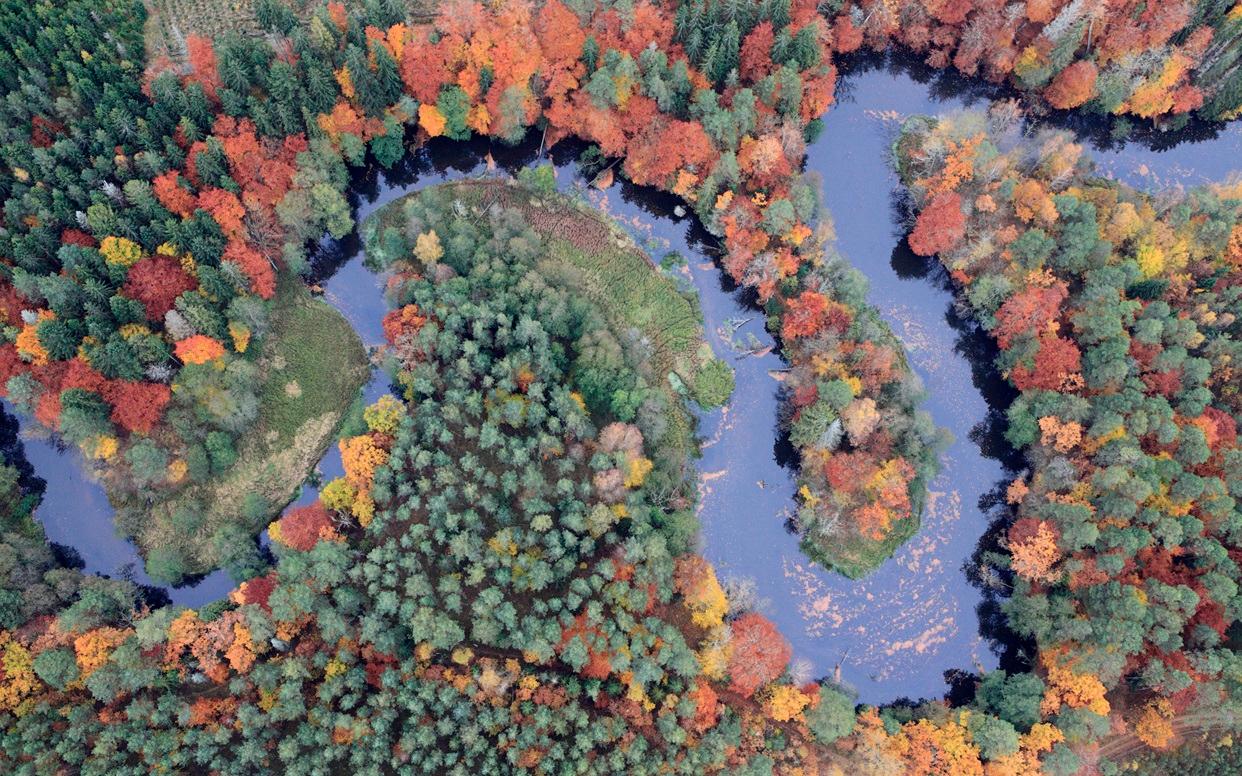 About Us
Environmental, Social and Governance

B.Com. (Hons.), B.A. (UCT)
Rustum was one of the founder shareholders and directors of Towers Watson (Pty) Ltd and currently serves on the Board of Directors. He has extensive experience in the investments industry and is the Chairman of the Board of the firm. He is also responsible for the day-to-day management of WTW South Africa. He serves as a trustee of the WTW Educational Development Trust and is a member of the firm’s executive management committee, as well as its operations executive committee. He also continues to retain involvement and responsibility with some of our clients from a governance and support perspective.

B.A, HDE
Zohra Ebrahim worked in the Actuarial division of Metropolitan Life in the early 1980s, and has been Chairperson at Sanyati Holdings Limited since 2010, and Executive Chairman of Inframax Holdings (Pty) Ltd., and New Housing Company (NewHCo). She has been a non-executive Director of Edcon Holdings Limited since 2007, in addition to serving as a non-executive Director of Towers Watson. She also served as the Chairman and Chief Executive Officer of Organisation Development Africa. Zohra has had many years’ involvement in community and civic organisations. In addition to serving on boards, she is involved in NGOs such as DAG and the Desmond Tutu HIV Foundation (of which she is the Deputy-Chair), and has served on ministerially appointed boards like the Social Housing Foundation and Central Advisory Forum (in fishing) and has assisted various government departments in respect of governance, social housing, organisational development and strategic planning. She is a member of the Institute of Directors (SA) and is a Fellow of the South African Institute of People Management (IPM) where she was also elected the first black female president. She is also part of the Aspen Global Leadership Network.

BChD, BA (Hons) MSc Public Health, DrPh.
Geetesh qualified as a dentist in 1984 and went on to complete a BA Honours in Sociology at the University of the Western Cape, a Masters in Public Health at University College London, and a Doctorate in Health Policy and Administration at the University of California at Berkeley. He has over 20 years’ experience consulting to medical schemes, employers, and health care provider groups. Geetesh was one of the founding members of Fifth Quadrant Actuaries & Consultants (now Willis Towers Watson South Africa). Geetesh is also Honorary Research Associate at the Health Economic Unit of the University of Cape Town and is involved in research examining health care utilisation and expenditure trends amongst medical scheme members. He was appointed chairperson of the RX Radio Board in 2020. He is playing a leading role on behalf of our Trust in further developing and growing the presence of RX and making a massive impact on the lives of young children.